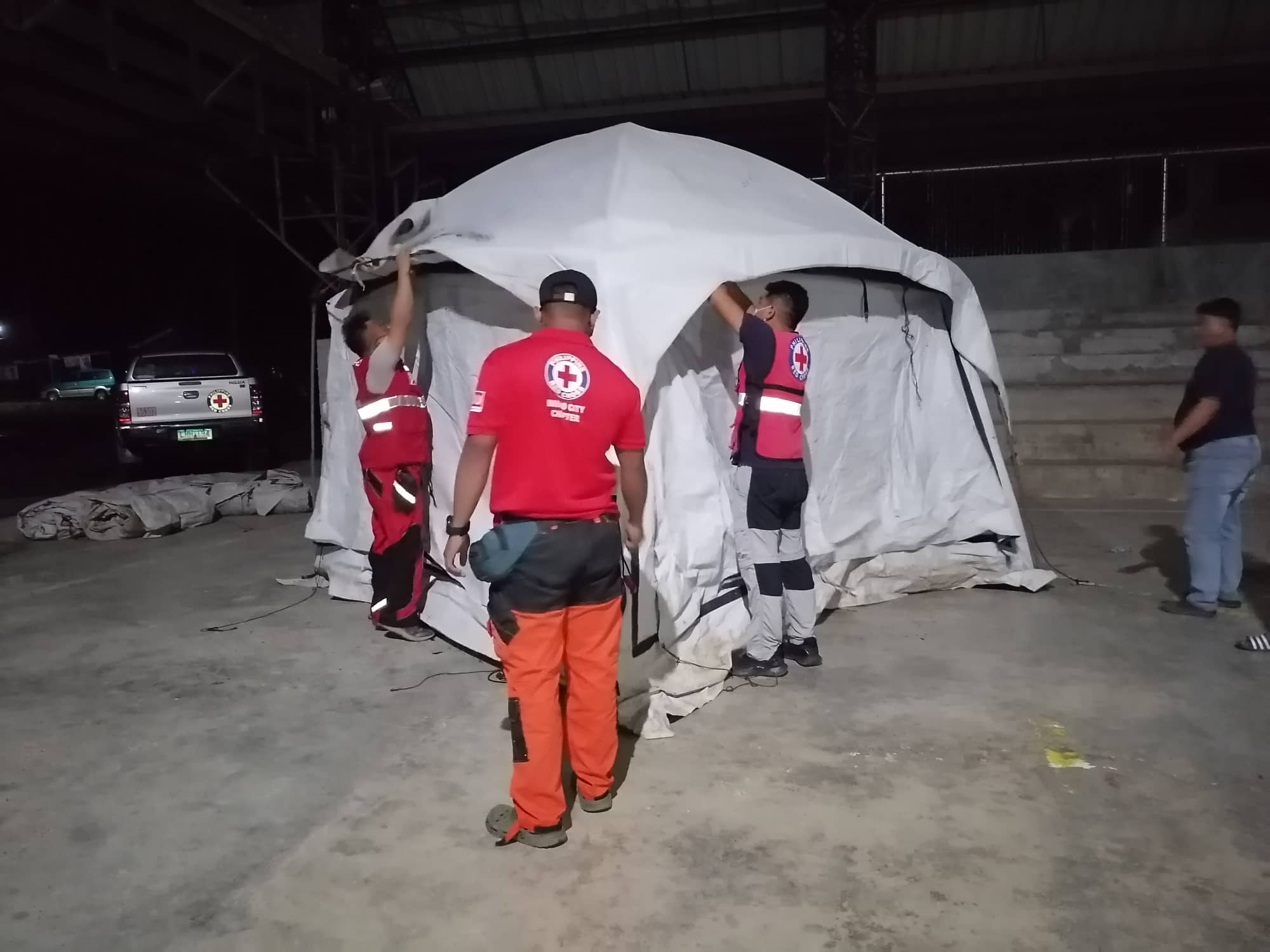 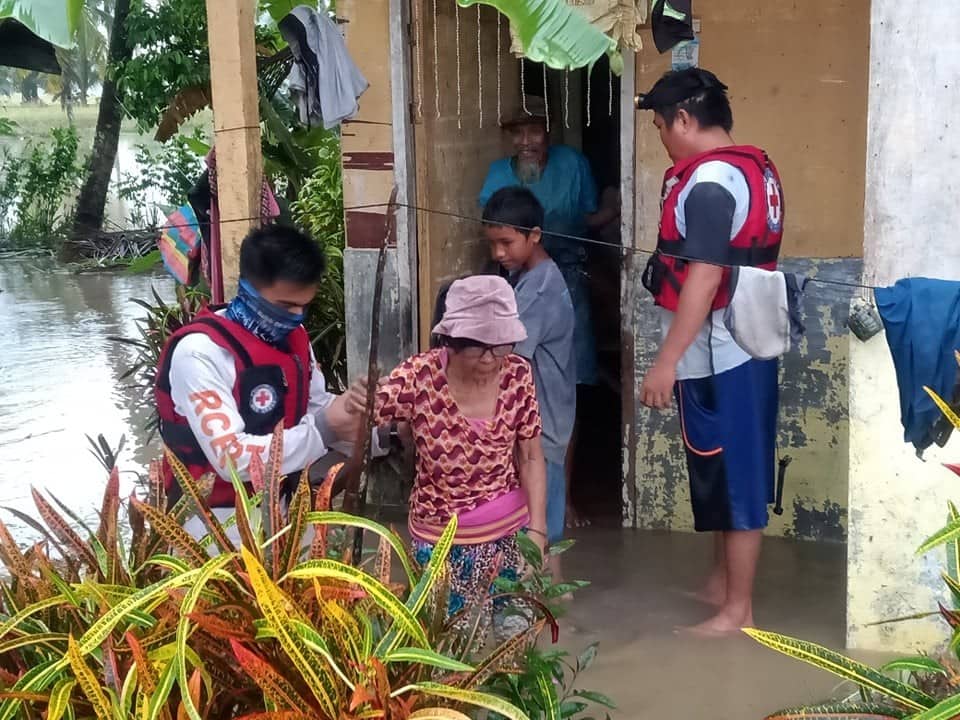 The Philippine Red Cross (PRC) chapters in General Santos City-Sarangani Province and Davao de Oro assisted local governments in evacuating residents affected by the Low Pressure Area (LPA). As of 8:00 am today, April 7, 2022, 350 persons from 31 families are sheltered in one evacuation center in Sarangani while 739 persons from 266 families are in 15 evacuation centers in Davao de Oro.

“Because of our volunteers and staff on the ground, our logistics, and our information technology, Red Cross is always first, always ready, and always there to help our people during calamities like this,” the PRC Chairman and CEO, Senator Dick Gordon, said.

PRC WASAR (water search and rescue) team helped move 19 persons in Lagab, Compostela from their flooded barangay to the evacuation center. PRC volunteers and staff in Sarangani served hot meals to 350 evacuees from Kawas, Alabel through the PRC Hot Meals on Wheels. Trained staff also provided psychosocial first aid to adults and facilitated activities for children in a child-friendly space.

The LPA, which is located east southeast of Hinatuan, Surigao del Sur, remains less likely to develop into a tropical depression in the next 24 hours, according to the 11:00 pm PAGASA report on April 6.

Written on April 6, 2022. Posted in News and Events. Leave a Comment The PRC provided hot meals to 350 persons, as well as psychosocial support and child-friendly space in Barangay Kawas, municipality of Alabel, Sarangani on the evening of April 4. PRC also sent a water search and rescue (WASAR) team and equipment to Barangay Lagab, Compostela, Davao de Oro on April 6.

The flooding incidents, which were knee-deep in Sarangani and about three to four feet in Davao De Oro, were caused by continuous rains. PRC operations started as early as the evening of April 4 in Sarangani and 3:00 am on April 6 in Davao de Oro. PRC continues its response today, in coordination with local government units.

More than 30 families — approximately 160 persons — in nine barangays in Alabel are affected, according to early estimates. In Davao de Oro, three municipalities are affected: Compostela, Nabunturan, and Monkayo. PRC will continue monitoring conditions in these areas and provide further support as needed.