The Birth of an Idea

The Red Cross idea was born in 1859, when Jean Henry Dunant, a young Swiss businessman, came upon the scene of a bloody battle in Solferino, Italy, between the armies of imperial Austria and the Franco-Sardinian alliance. Some 40,000 men lay dead or dying on the battlefield and the wounded were lacking medical attention.

Dunant organized local people to bind the soldiers' wounds and to feed and comfort them. On his return, he called for the creation of national relief societies to assist those wounded in war, and pointed the way to the future Geneva Conventions.

"Would there not be some means, during a period of peace and calm, of forming relief societies whose object would be to have the wounded cared for in time of war by enthusiastic, devoted volunteers, fully qualified for the task?" he wrote.

The Red Cross was born in 1863 when five Geneva men, including Dunant, set up the International Committee for Relief to the Wounded, later to become the International Committee of the Red Cross. Its emblem was a red cross on a white background: the inverse of the Swiss flag. The following year, 12 governments adopted the first Geneva Convention; a milestone in the history of humanity, offering care for the wounded, and defining medical services as "neutral" on the battlefield. 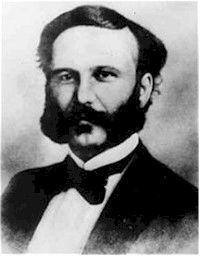 Jean Henry Dunant - the destiny of the Red Cross

Jean-Henry Dunant was born on 8 May 1828 in Geneva to a middle-class Calvinist family. His early initiatives included participating in the creation of the Young Men’s Christian Association (YMCA) in 1852 and the World Alliance of YMCAs in 1855.

The International Red Cross and Red Crescent Movement is the world's largest humanitarian network. The Movement is neutral and impartial, and provides protection and assistance to people affected by disasters and conflicts.

The Movement is made up of nearly 100 million members, volunteers and supporters in 190 National Societies. It has three main components:

As partners, the different members of the Movement support communities in becoming stronger and safer through a variety of development projects and humanitarian activities. The Movement also works in cooperation with governments, donors and other aid organizations to assist vulnerable people around the world.

The ICRC, the Federation and the National Societies are independent bodies. Each has its own individual status and exercises no authority over the others.

The International Committee of the Red Cross (ICRC) (www.icrc.org)

The International Committee of the Red Cross (ICRC) is an imprtial, neutral and independent organization whose exclusive humanitarian mission is to protect the lives and dignity of victims of war and internal violence and to provide them with assistance.

As the custodian of the Geneva Conventions, the ICRC has a permanent mandate under international law to visit prisons, organize relief operations, reunite separated families and undertake other humanitarian activities during armed conflicts.

The ICRC also works to meet the needs of internally displaced persons, raise public awareness of the dangers of mines and explosive remnants of war and trace people who have gone missing during conflicts.

The ICRC in the Philippines

The ICRC established a permanent presence in the Philippines in 1982, although the organization had been active in the country since 1959. The ICRC delegation in Manila currently focuses its humanitarian response on isolated areas of the country suffering from the often chronic consequences of long-running armed conflicts.

Throughout decades of internal armed conflict in the Philippines, the ICRC has visited detainees across the country, particularly those individuals held in relation to armed conflicts. The organization monitors the conditions of detention and treatment of detainees.  Today, the ICRC's delegation is based in Makati City with subdelegations covering Mindanao and Luzon/ Visayas regions.

Read more about the work of the ICRC in the Philippines at www.icrc.org/ph 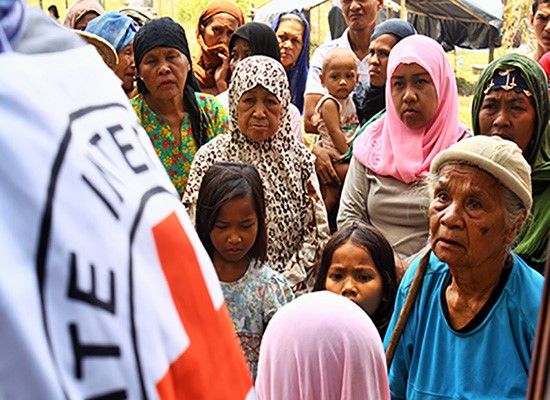