Written on September 1, 2021. Posted in News and Events. Leave a Comment 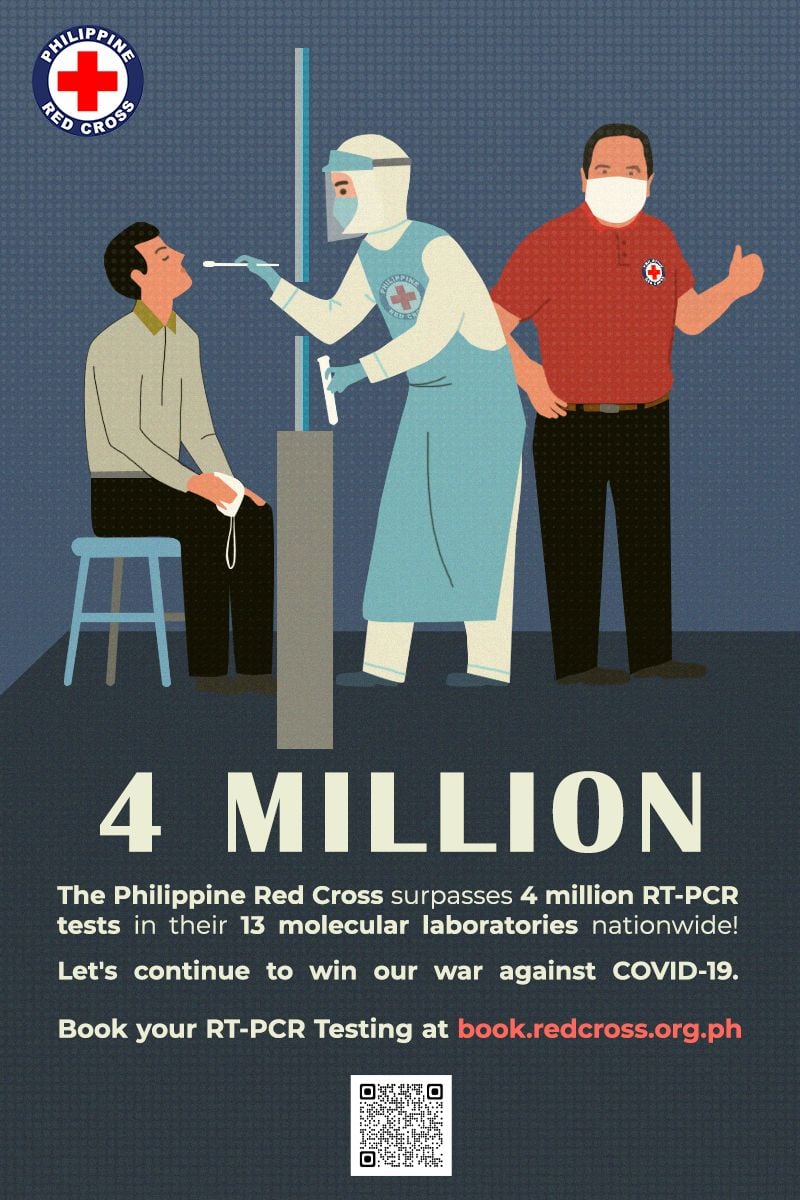 The World Health Organization (WHO), on January 30, 2020, declared the Novel Corona Virus 19 as a Public Health Emergency of International Concern. In less than a month, the virus caused severe pneumonia among people in Wuhan, Hubei Province, China, and has spread to more than 50 countries. By March 2020, it has affected 184 countries, and cases reached more than 200,000 worldwide. This chain of events led to the declaration of the National Capital Region (NCR) under COVID-19 Red Alert Sub-Level 2, which means that there is now sustained community transmission of the virus.

Immediately after the WHO declaration of the Pandemic status of the spread of Covid 19, PRC Chairman and CEO of the Philippine Red Cross Senator Dick Gordon convened a meeting with movement partners to plan the establishment of Molecular Laboratories in the Red Cross Blood Centers or Regional Hubs as the first response to the Pandemic in the country.

Test to save Lives was the slogan. This started the ball rolling to network with Wuhan, China where the Pandemic started on how they were able to test so many in a short period, and isolate the positives or those with the virus so that in just 3-4 months the pandemic was controlled.

PRC established its first Molecular Laboratory for COVID-19 RT PCR tests to support the government’s efforts to stem the advance of COVID-19. To date, PRC has 13 molecular laboratories nationwide, which have conducted over 4 Million tests accounting for about 25% of the national test output and 33% of the tests in Metro Manila. PRC has tested 1 out of 4 Filipinos was tested by the PRC.

The humanitarian organization will also establish a new molecular laboratory in Cotabato, further strengthening PRC’s testing capacity to test more people nationwide. It started with the vision of Sen. Dick Gordon, who saw testing as a way to “drain the swamp.” At that time, the country had to rely heavily on the Research Institute for Tropical Medicine (RITM) and a handful of other laboratories that can only test for COVID-19 at the inadequate output of 300 samples per day. Testing was severely limited, and results were delayed.

Sen. Dick Gordon is urging everyone to get tested regularly, as our fight against COVID-19 is far from over.

With the threat of the delta variant and rising cases in our country, testing is one way to prevent the spread.

Chairman Gordon also lead PRC to introduce the country’s Saliva RT-PCR test which is a faster, cheaper, and non-invasive alternative to the Swab RT-PCR test. PRC’s saliva test also uses the reverse transcription-polymerase chain reaction, which is considered the gold standard for covid-19 testing according to the world health organization.

PRC also started its partnerships along with the different shopping centers such as SM Supermalls, Robinsons, Araneta City, and Ayala Malls, and Angkas to serve as a saliva collection site, making it accessible to more people nationwide.