Voluntary blood donation is a regular activity of the Philippine Red Cross as part of its commitment to save lives. “One of the ways to save lives is to provide blood to someone who needs it. We greatly appreciate the individuals and groups that partner with us in this noble endeavor,” PRC Chairman and CEO Richard J. Gordon said.

From January 1 to August 14, 2022, the PRC has served 144,410 patients needing blood products in its 102 blood service facilities nationwide. For blood donations, blood requests, and other inquiries, email the PRC National Blood Services at [email protected] or contact the PRC Blood Call Center, which may be reached nationwide by dialing 143. 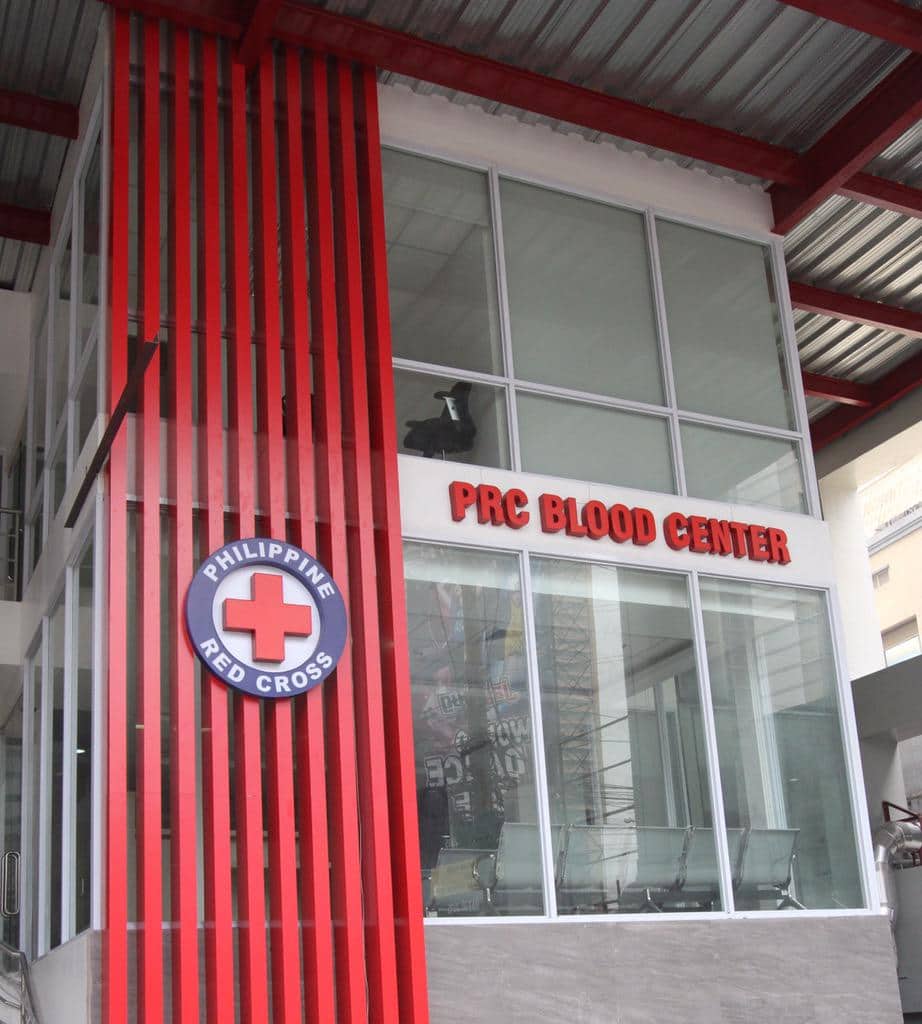 With the increased demand for blood transfusions, the PRC maintains its blood supply by continuing to accept walk-in blood donors in its 102 facilities nationwide. Aside from the blood donation in its facilities, the PRC establishes more strategic partnerships with public and private companies to conduct its Mobile Blood Donation (MBD), which aims to make blood donations more accessible to communities across the country.

Chairman Gordon encouraged healthy individuals to donate blood regularly through its 102 facilities nationwide to save the lives of dengue patients. PCOL Adanglao herself has been donating blood since 2012. She explained that blood itself is life, and saves lives. As chief nurse of the PNPGH, she has firsthand knowledge of the impact of the availability of a safe and adequate supply of blood products.

Aside from the psychological benefit of being able to help others, the chief nurse and police colonel also explained that donating blood is beneficial to the physical health of the donor. An additional benefit is that the donor gets tested for diseases, which is a requirement prior to blood donation.

PCOL Adanglao encouraged everyone — those who have not experienced donating blood and those who have — to do so. “Blood donation extends lives. It saves lives,” she says. 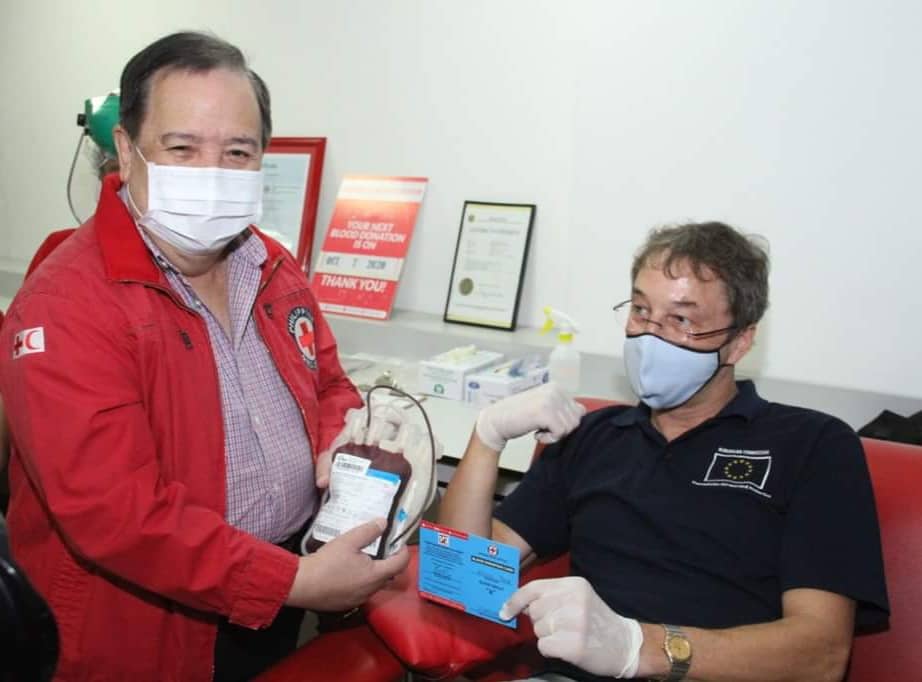 With this year’s theme “Donating blood is an act of solidarity. Join the effort and save lives”, the Philippine Red Cross (PRC) celebrates World Blood Donor Day, today June 14.

As one of the major suppliers of blood and blood products in the country, the PRC National Blood Services (NBS) continuously delivers adequate, safe, and quality blood supply to the most vulnerable. This year, the PRC has already collected 159,686 blood units and dispensed 169,799 blood units to 96,567 patients.

Chairman Gordon encourages healthy individuals to donate blood regularly in 100 facilities of PRC as this act saves lives as well as promotes the donor’s own health.

In the pipeline for access and blood donations and blood requests, the PRC is expanding its network of blood facilities by establishing more units in strategic areas. For immediate assistance, the blood delivery system is also offered to patients.

To know more about the blood services and details of today’s event, email us at [email protected] or contact (02) 790-2300 local 931/932/935. The PRC Blood Call Center which accommodates blood requests and inquiries nationwide may be reached by dialing 143. 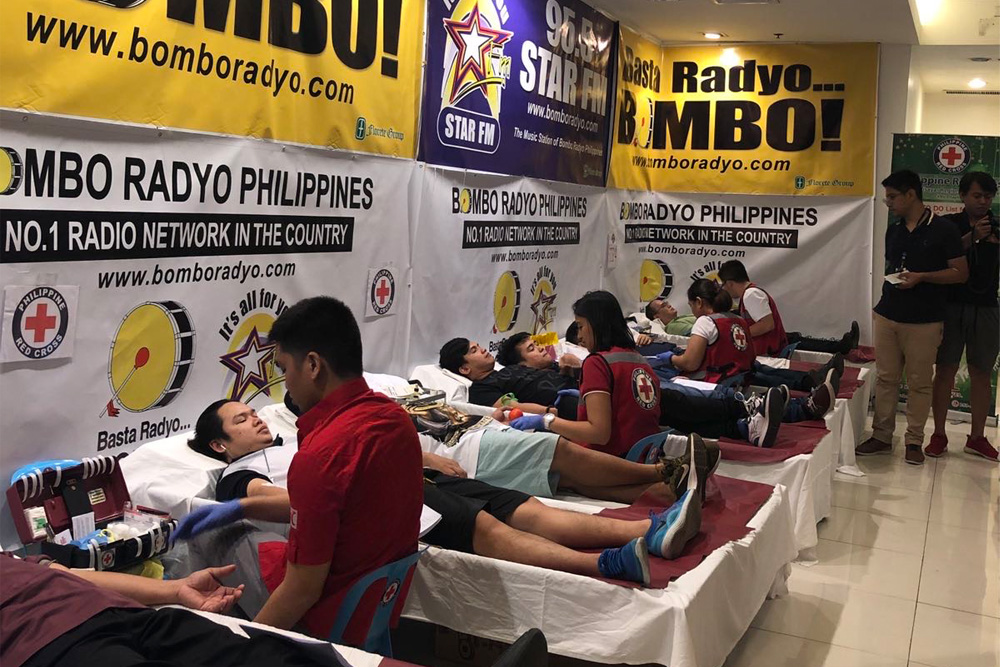 The Philippine Red Cross (PRC), in partnership with Bombo Radyo Philippines, conducted a bloodletting activity with a theme, “ A Little Pain, A Life to Gain” on November 16, 2019, Saturday in different Bombo Radyo and Star FM stations in 24 key cities nationwide.

A total of 4,135, 500 (cc) units or 8,271 blood units of blood were collected from 9,190 blood donors from various groups, such as, state forces, government employees, students and the private sector.

“Through our blood partners like Bombo Radyo Philippines, PRC is able to sustain and deliver safe blood for all. PRC is thankful and we are looking forward to a lasting partnership with Bombo Radyo”, said Philippine Red Cross Chairman and CEO Richard Gordon.

The Philippine Red Cross National Blood Services (NBS) has already dispensed 307,978 units of blood from January to Mid of November in 2019 alone. The PRC National Blood Center is the first blood center and the only non-hospital blood service facility in the Philippines to receive an international standard on quality management systems certificate (ISO 9001-2015).