Written on October 28, 2022. Posted in News and Events. Leave a Comment 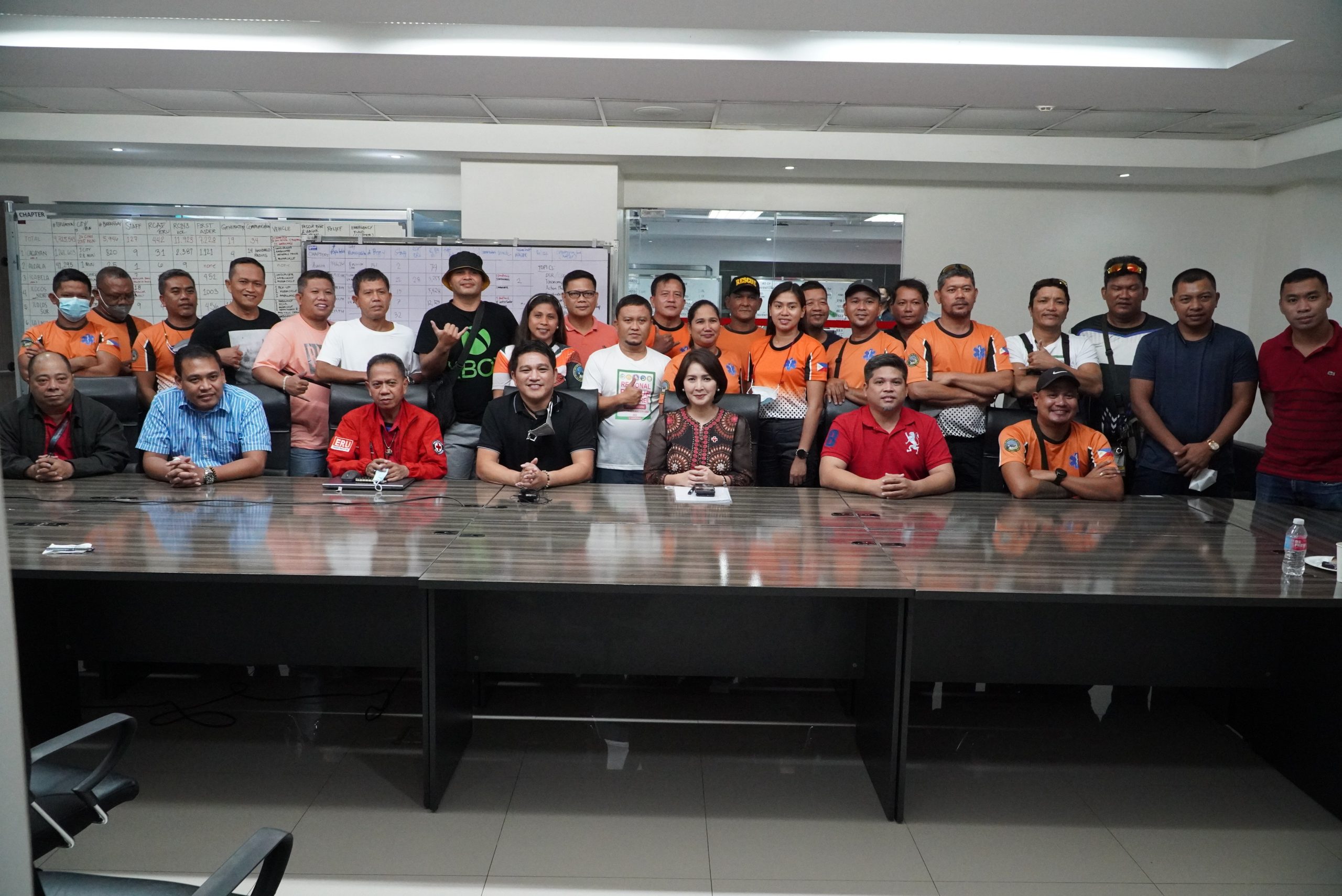 According to Borongan City Councilor Frich Baylon Uy, their delegation’s main objective for including PRC in their “Lakbay Aral,” or study visit, is to “benchmark” what Red Cross has that they can adopt in Borongan City. He also expressed appreciation for how the Red Cross places importance on cooperative relationships with local governments. Councilor Jay Anthony Baleña Ang expressed hope for a collaboration between PRC and the city government in programs that aim to save lives.

Composed of officers from the Mayor’s Office, the city council, the city planning office, the city disaster risk reduction and management office, the Philippine National Police, and the Bureau of Fire Protection, among others, the delegation from Borongan City, Eastern Samar engaged in discussions with Ms. Pang and other PRC officials on safety services, such as first aid and emergency medical services, disaster preparedness and response, and blood services, among other topics.

Dr. Pang, a veteran disaster manager with the Red Cross not just in the Philippines but also in the Asia region, reminded the learner-visitors that no single organization has all the capacities in disaster risk reduction and response. She elaborated that agencies have different mandates and capacities, and a successful response to a hazard event depends on how well these agencies work together. She explained that the Red Cross is auxiliary to the government in its humanitarian tasks. “Magtulungan tayo. Kailangan sama-sama tayo. Pag pinagsama, lumalabas ang lakas nating lahat,” said Dr. Pang.

PRC, through its Eastern Samar chapter, located in Borongan City, has a long history of collaboration with the local governments in Eastern Samar, most notable of them being PRC’s response to people affected by Super Typhoon Yolanda (international name: Haiyan), which was unprecedented in wind speed and effects.