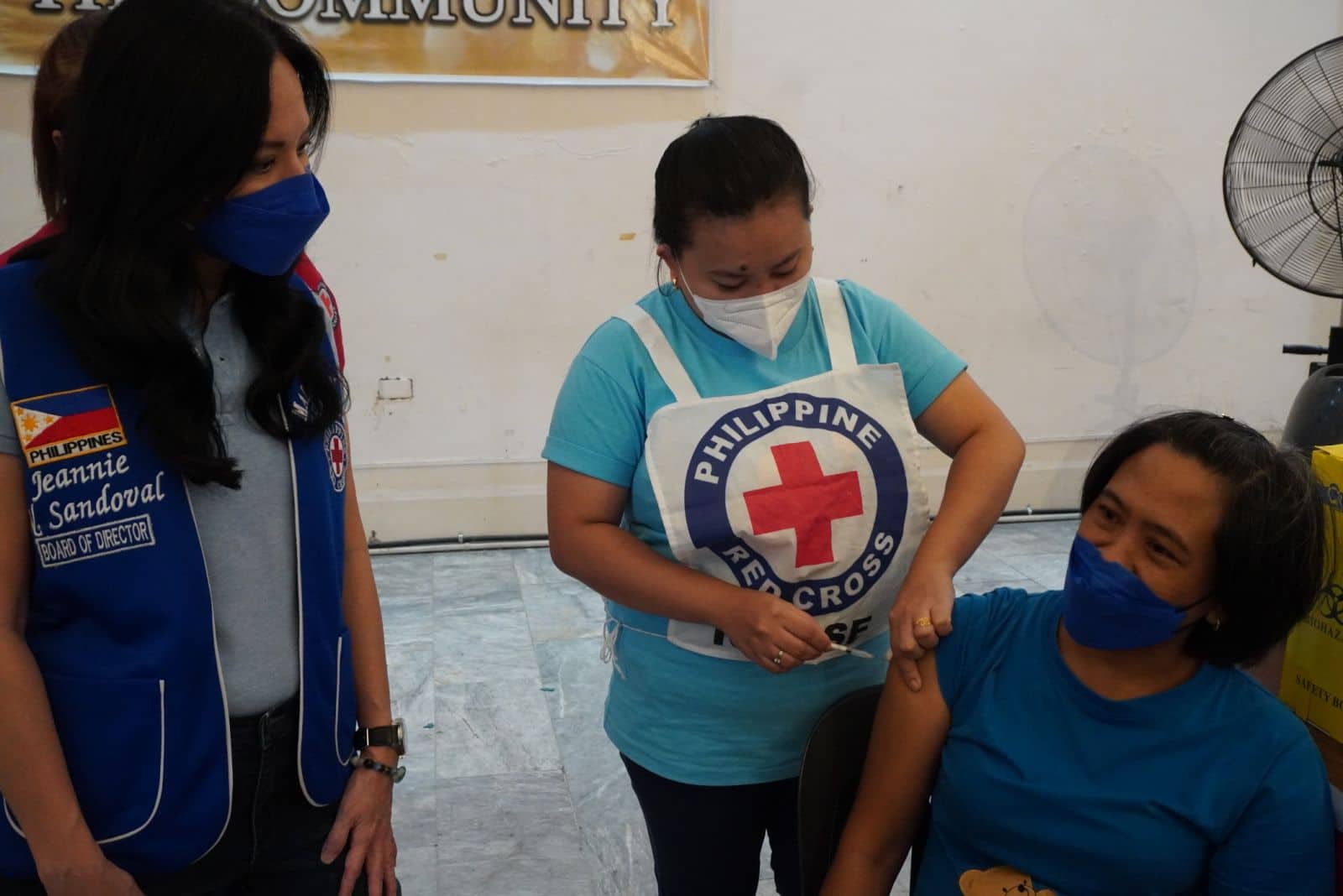 In support of the government’s efforts to encourage the public to get vaccinated and avail of booster shots against COVID-19, the Philippine Red Cross (PRC) opened its 1st Bakuna Center in Malabon City, July 20.

The PRC Bakuna Center, in partnership with the Department of Health (DOH), Local Government Unit of Malabon, and the Rotary Club of Malabon, vaccinated 66 individuals, including senior citizens, immunocompromised patients, and qualified adolescents 12-17 years old on its opening day. The new Bakuna Center in Malabon is one of the many COVID-19 programs that the PRC continues to provide amid the increasing cases in the country.

Present during the opening were Hon. Jeannie Sandoval, Mayor of Malabon City and Chairperson of PRC Malabon City Chapter, officials from DOH and Malabon City Health Office, and volunteers and staff of the PRC.