Gordon calls on DPWH and local governments in areas affected by the 6.4 magnitude earthquake in North Luzon to assess all buildings for damages 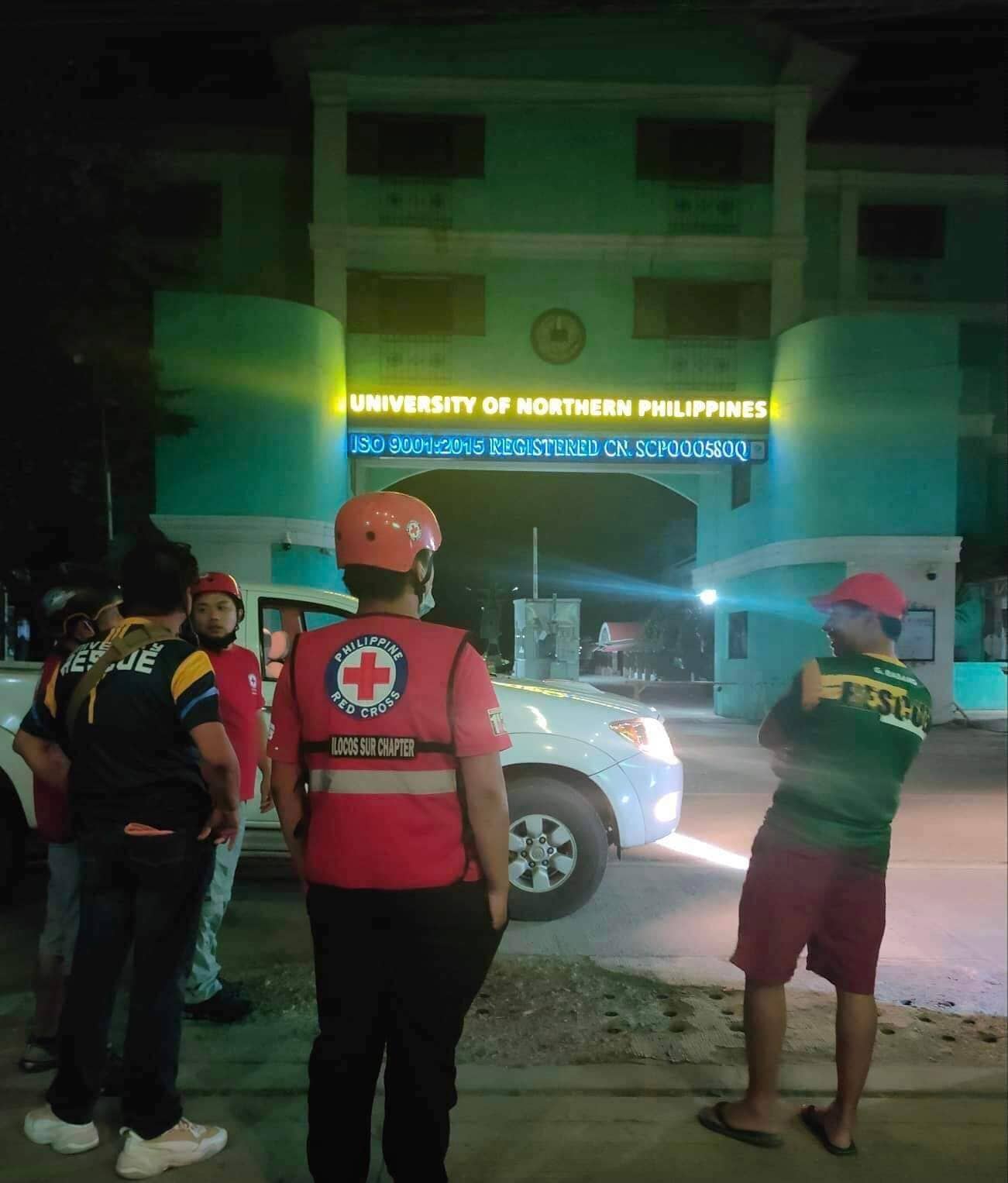 Following the 6.4 magnitude earthquake that hit Abra and contiguous provinces October 25 at 11:59 pm, Philippine Red Cross (PRC) Chairman and CEO Richard J. Gordon called on the Department of Public Works and Highways (DPWH) and local governments to assess all buildings for possible damages.

“I would like to suggest to DPWH and the local governments that they check all the buildings, since they might cave in if their foundation was affected, to ensure that people will be safe.”

Gordon gave assurance that the foremost humanitarian organization in the country is ready to respond to people affected by the earthquake. PRC volunteers and staff are on the ground assessing the needs in coordination with local governments. He added that PRC is fine-tuning its volunteer system in the barangays so that cogent reports are transmitted to the PRC Operations Center right after the impact of any hazard event, to enable PRC to provide humanitarian assistance “just in time, on time, all the time.”

No casualties have been reported by the PRC chapters in Abra, Ilocos Norte, Ilocos Sur, Cagayan, and Isabela as a result of the earthquake on October 25. The Philippine Red Cross (PRC) quickly responded to assist affected individuals as heavy rains caused floods in Quezon City and other areas over the weekend.

The PRC, in coordination with Quezon City and Manila City Disaster Risk Reduction and Management Office (CDRRMO), deployed its Water Search and Rescue (WASAR) team with 6 personnel to Maria Clara Araneta, Santo Domingo and its Quezon City Emergency Medical Services for roving in their area of responsibility.

The PRC also reminds the public to follow safety measures as this season is considered a high-risk period for infectious diseases. It intensifies its information dissemination concerning health problems to protect the public against common diseases this rainy season: influenza, leptospirosis, and dengue.