Written on October 26, 2021. Posted in News and Events. Leave a Comment 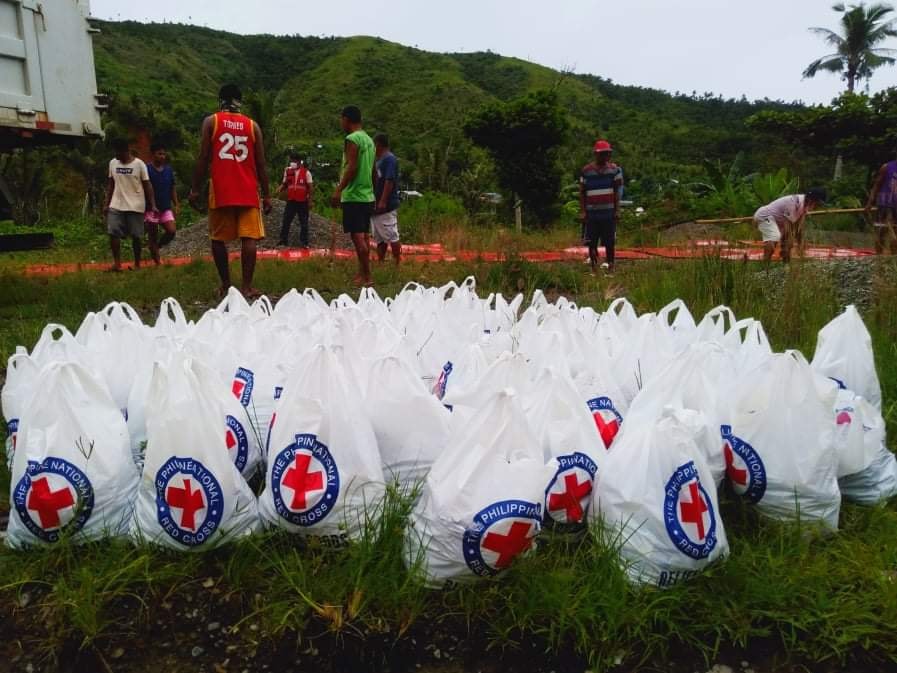 A year after Typhoon Rolly (Goni) hit the Bicol Region, the Philippine Red Cross (PRC) is continuing its recovery operations by helping the victims of last year’s super typhoon to stand on their feet and begin life anew.

On October 26, the final materials for shelter construction were delivered to Brgy. Bubulusan, Guinobatan, where the 2nd batch of houses are about to be completed.

For this batch, 25 houses are undergoing finishing works in the Rolly-affected community in Guinobatan. PRC plans to erect 164 houses in total as part of its shelter construction and monitoring activities in the said province. Including this batch, PRC has already built 30 houses, one in Bgry. Salvacion in Daraga, and 29 houses in Brgy. Bubulusan in Guinobatan.

PRC targets to complete all 164 houses by June of next year to be ready for occupancy by the project beneficiaries. Each house comes complete with electrical works, plumbing, and a water system.