This fulfills the directive of PRC Chairman and CEO Richard J. Gordon to focus recovery activities on schools and livelihood of famers and fisherfolk affected by the typhoon.

The PRC team prepositioned non-food items in Polillo Island consisting of 320 hygiene kits, 200 tarpaulins, 360 10-liter jerry cans, and three 20-kilo sacks of rice for distribution to the most vulnerable households.

PRC teams also distributed beneficiary cards in Barangays Umiray and Matawe in Dingalan, Aurora in preparation for aid distribution, made a courtesy call to the local government of General Tinio, Nueva Ecija, and assessed damage and needs in Barangays Nazareth and Pias in General Tinio.

Written on September 30, 2022. Posted in News and Events. Leave a Comment 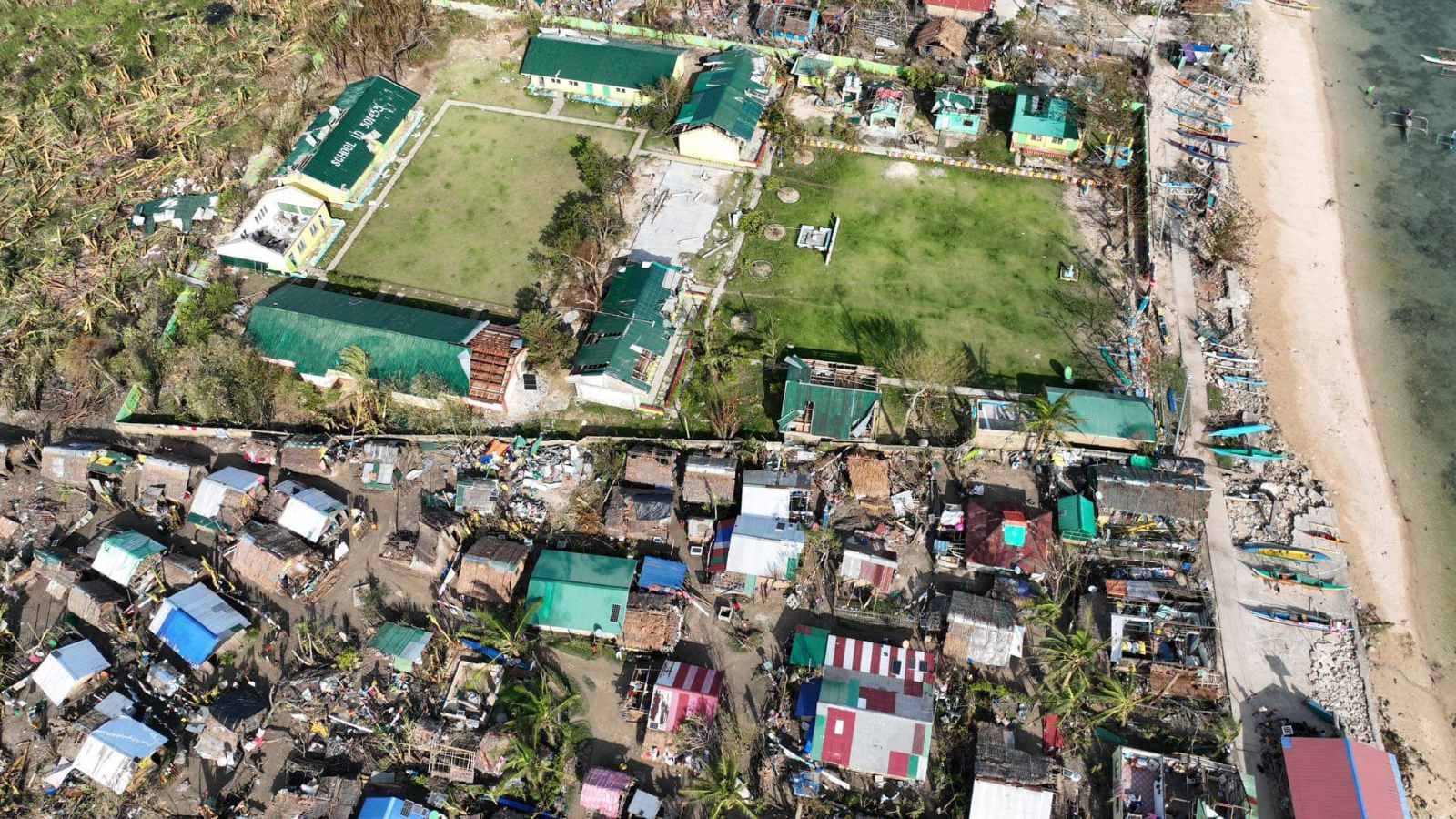 Days after Super Typhoon Karding (international name: Noru) ravaged the provinces of Quezon, Aurora, and swaths of Central Luzon, the Philippine Red Cross (PRC) intensifies its help to the most severely affected communities, focusing on those whose schools were destroyed and where farmers and fisherfolk lost their livelihood.

PRC will send help there. I told my staff to prioritize the school so that the children can go back to school. We will send CGI sheets there and hire local carpenters to repair the school.)

Gordon emphasized that the Red Cross will provide assistance to the farmers who lost their crops, the fisherfolk who lost their boats, and the thousands of families whose houses were destroyed by Karding. PRC will give cash assistance to the more than 1,000 farmers and fisherfolk affected in Polillo Islands, Aurora, Nueva Ecija, Bulacan, and Tarlac. For those who lost their houses, the PRC will distribute tarpaulin in the meantime, while CGI sheets and shelter tool kits are being prepared for dispatch.

“Sa mga nagibang mga bahay, magbibigay muna kami ng mga tarpaulin, kasi ‘yung mga yero na ibibigay ay mabibigat, so pansamantala ‘yung mga tarpaulin muna. Pero may yero na darating; at kapag nagbibigay kami ng mga yero, may kasamang martilyo, lagari, pako — lahat na — kumpleto ‘yan, para magkaroon agad ng cover ang mga tao,” Gordon elaborated. (For those whose houses were destroyed, we will give tarpaulins temporarily, because the CGI sheets we will give are heavy; that’s why in the meantime, it will be the tarpaulins first. But CGI sheets will arrive, and when we give CGI sheets, they come with a hammer, saw, nails — everything — that is complete, so that the people will immediately have a cover.)

The country’s foremost humanitarian organization will also give psychological first aid to the children and adults who were traumatized by the wrath of Karding.