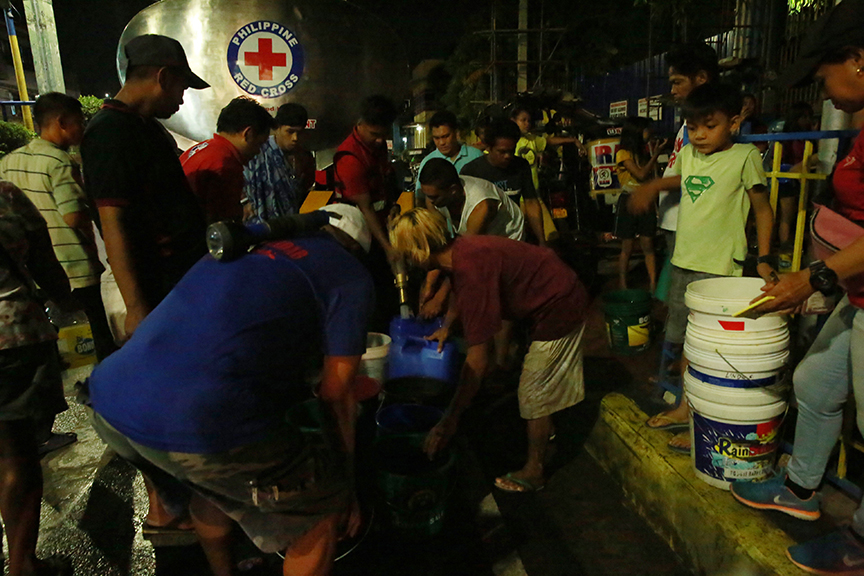 WHILE the water crisis in Metro Manila has abated, the Philippine Red Cross (PRC) continues to receive requests to augment water supply, especially in communities affected by the El Niño phenomenon.

PRC Chairman Richard Gordon expressed concern over the health and economic issues that may rise due to lack of access to clean and safe water in provinces experiencing dry spell, including Catanduanes, Cebu, Lanao del Sur, Zamboanga Sibugay, Sarangani, and Pangasinan.

“It is no joke not to have water. We saw it in the water crisis in Manila, where people become vulnerable to diseases. The worst may happen in provinces as livelihood opportunities are interrupted by the phenomenon,” Gordon said.

“Local water utilities are unable to cope with water demand for household use, sanitation, and safe drinking water,” the letter reads.

Data from the PAGASA show that Lanao Del Sur and Catanduanes are among the 72 provinces that will likely experience dry condition, dry spell, and drought at the end of March.

In Metro Manila, PRC continues to provide safe and clean water to communities affected by the water crisis in Metro Manila.

Since March 12, PRC has distributed 1,217,475 liters of water in hospitals and communities. The number of water tankers deployed has also doubled from six to 12.