Written on August 29, 2019. Posted in Uncategorized. Leave a Comment 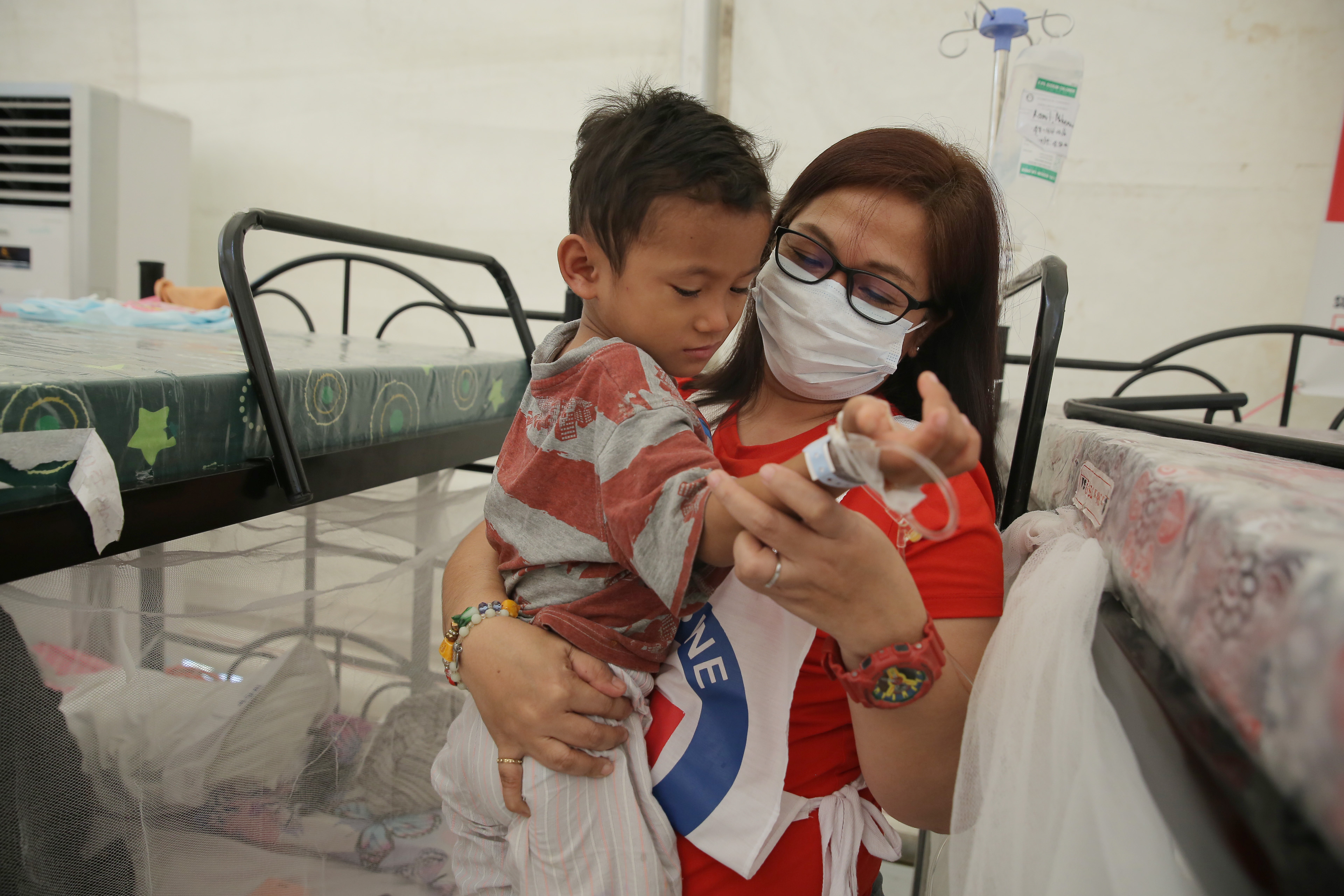 WITH THE rapid increase of dengue cases in the country, the Philippine Red Cross (PRC), under the leadership of Chairman Richard Gordon, deployed medical tents to assist hospitals currently experiencing an overflow of patients.

Vida Obon, mother of a one-year-old patient at PRC’s medical tent in a hospital in Cavite, feared the possibility of having her son transferred to a hospital in Manila, which is a two-to-three-hour ride from the province.

According to Richard Soriano, father of an 11-year-old patient, the congestion in the hospital raised concerns that his son PJ, who was diagnosed with scoliosis, could worsen his condition.

PRC, in partnership with the International Federation of Red Cross and Red Crescent Societies and the German Red Cross, continues to support the Department of Health (DOH) to assist hospitals, especially in rural areas.

The deployment of medical tents is part of Gordon’s three-point strategy to address the dengue crisis—decongest hospitals, ensure the adequacy of safe and quality blood supply, and conduct massive information and cleanup drives.

Latest report from the DOH shows that the number of dengue-related deaths this year spiked up to 882—a 63-percent increase from last year—while 208,917 dengue have been affected by the dengue crisis.