Written on August 13, 2019. Posted in News and Events. Leave a Comment 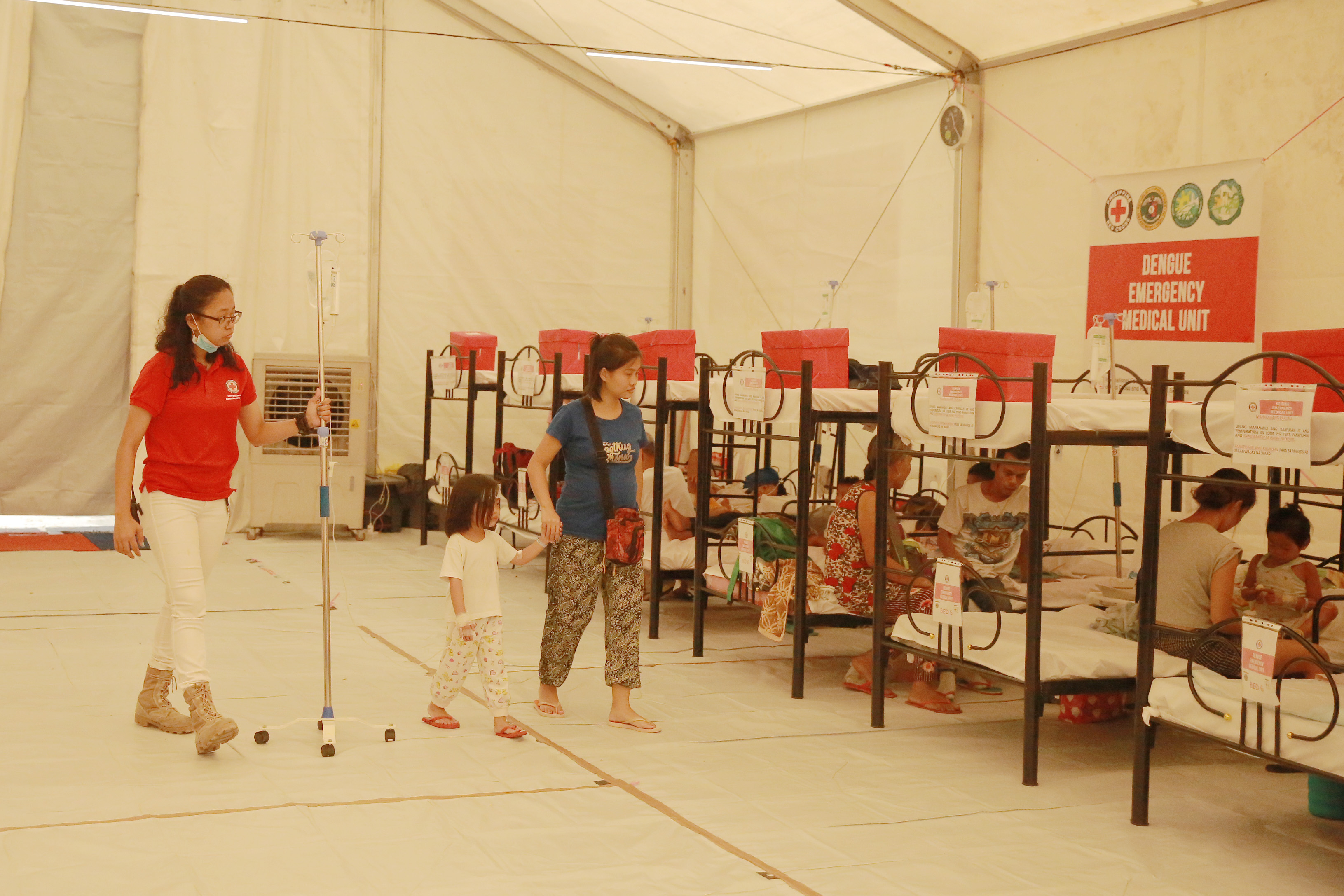 The Philippine Red Cross (PRC) shows no letup in addressing the dengue crisis as it deployed more medical tents and blood products to support communities with a high number of dengue cases.

Under the leadership of Chairman Richard Gordon, PRC has treated 1,055 patients through its eight emergency medical tents that serve as extension wards and fast lanes in Iloilo, Capiz, and Aklan.

PRC recently opened a 60-bed medical tent at the Pagamutang Bayan ng Dasmarinas in the Province of Cavite, where 3,277 dengue cases have been recorded.

“Tens of thousands of patients continue streaming into overcrowded hospital. All hands are on deck to address this deadly epidemic. We set up medical tents, augment the blood supply in most affected provinces, and put our ambulances on standby,” Gordon said.

Gordon also assured that PRC, with the support of the Philippine Charity Sweepstakes Office, remains on full alert to supply the blood needs amid the declaration of a national epidemic.

As of August 8, PRC has supplied 330 units of blood supplies to over a hundred patients with hemorrhagic complications from Iloilo and Aklan.

On Wednesday, PRC National Headquarters sent 85 units of frozen blood products to Tacloban and Palawan after it augment 165 blood units to Iloilo and Aklan.

Gordon, who treats the dengue crisis as a “national emergency,” came up with a three-point strategy to address the dengue epidemic—deploy medical tents, maintain the adequacy of blood supply, and mobilize 143 volunteers to conduct cleanup efforts.

PRC maximizes its network of community volunteers through Red Cross 143 and Red Cross Youth programs to track down dengue and conduct clean-up efforts within a 400-meter radius where they are discovered.

“The real solution to dengue is a massive cleanup. The Red Cross is treating it as a national emergency because one dead is already one dead too many,” Gordon said.