PRC continues to assist earthquake victims in Cotabato and nearby provinces

Written on October 23, 2019. Posted in News and Events. Leave a Comment 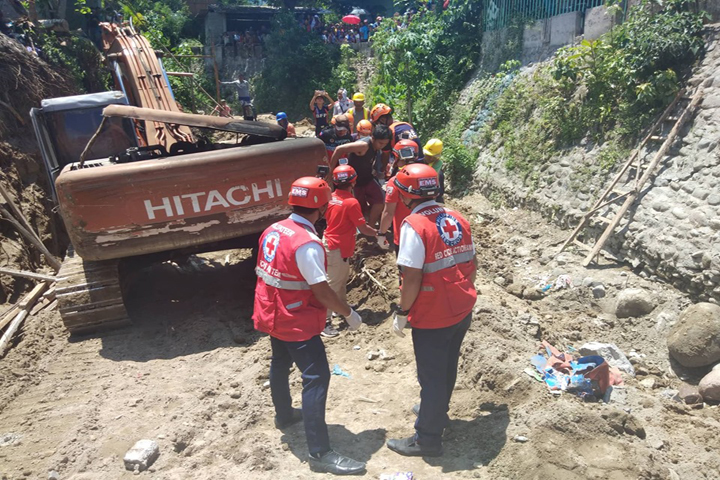 The Philippine Red Cross (PRC) Chairman and CEO Richard Gordon ordered the immediate deployment and mobilization of its volunteers and staff to assist the people affected by the 6.3 magnitude earthquake that hits North Cotabato and other nearby areas in Mindanao on October 16, 2019, Wednesday.

PRC volunteers and staff are continuously assisting the families and individuals who were devastated by the strong quake. Welfare desks and first aid stations were set up to evacuation centers. A total of 23 patients were catered by PRC, 15 from South Cotabato, 5 from Davao del Sur, 1 from North Cotabato, and 2 from General Santos. Twelve (12) people were administered with first aid due to difficulty of breathing, dizziness, wounds, leg cramps and panic attack.

In Kidapawan, 151 were assisted and 6 (six) were transported to health facilities due to asthma, back pain and panic attack. Psychosocial support were given to 145 individuals in Davao del Sur. Hotmeals were also served to 514 people. Food items were distributed to 51 individuals, sleeping kits to 51 families and four (4) liters of bottled water were given to each of the 46 families in Davao del Sur.