Written on November 10, 2019. Posted in News and Events. Leave a Comment 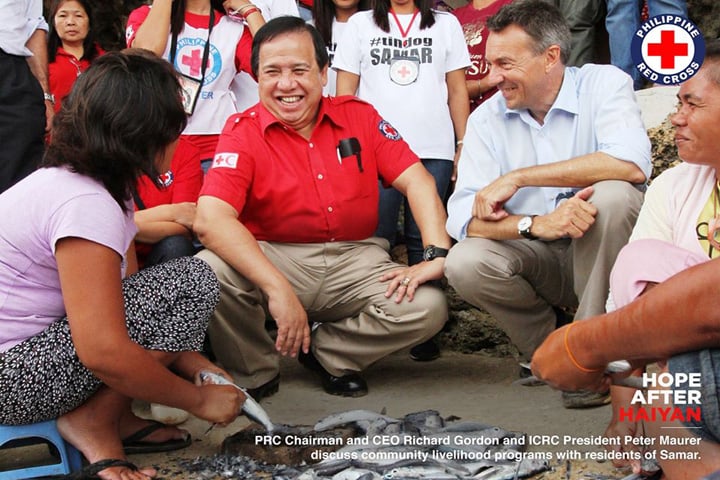 “The PRC was among the first responders on the ground. Ceaseless efforts were made in reaching inaccessible areas to not only provide relief items, but also clearing pathways and main road networks from debris. Psychosocial support was also provided to ensure the overall health and well-being of the affected communities. During the first three months, families were provided with essential items such as hygiene kits, jerry cans, and sleeping kits,” PRC Chairman Richard Gordon said.

“We are recognized as one of the best Red Cross societies in the world because in Haiyan, we demonstrated that we could gather aid from almost all the Red Cross and Red Crescent societies worldwide and distribute them into different provinces. The Haiyan experience reinforced the Red Cross as a go-to organization and the preferred partner of choice since PRC was able to get the job done,” Gordon added.

More than 80,207 houses were built by PRC together with the Red Cross and Red Crescent Movement partners in Leyte including Ormoc City, Western and Eastern Samar, Cebu, Capiz, Aklan, Antique, Iloilo, and Palawan.

Of the 80,207 houses built through the efforts of Red Cross, Chairman Gordon is very proud of the fact that, “PRC was the only organization to be able to build houses which were accounted for, donors can see where their houses are, who lives in there. We can produce a list.” Cash Livelihood Assistance was also granted to 62,676 households while livelihood trainings were provided to 15,985 individuals.

PRC is also the first to build schools and provide WASH (Water, Sanitation and Hygiene) facilities to 116 schools. Through the combined efforts of PRC and its network of partners, 1,168 Community-based WASH Facilities were constructed and a Vocational Training Center in Leyte was put up together with a \ Disaster Management Logistics Training Center in the Panay Island. As for the health sector, 94 health facilities underwent rehabilitation while 64,650 individuals underwent training for health promotions.

The PRC also provided cash assistance to more than 90,779 families in the early recovery program and a total of Php 281,529,400 was distributed from December 2013 to March 2014. PRC chapters and branches in Capiz and Passi City in Iloilo were reconstructed and rehabilitated as part of the capacity enhancement of PRC, while blood facilities in Tacloban, Ormoc and Passi City were erected to further respond to the increasing need for clean and safe blood within the region.