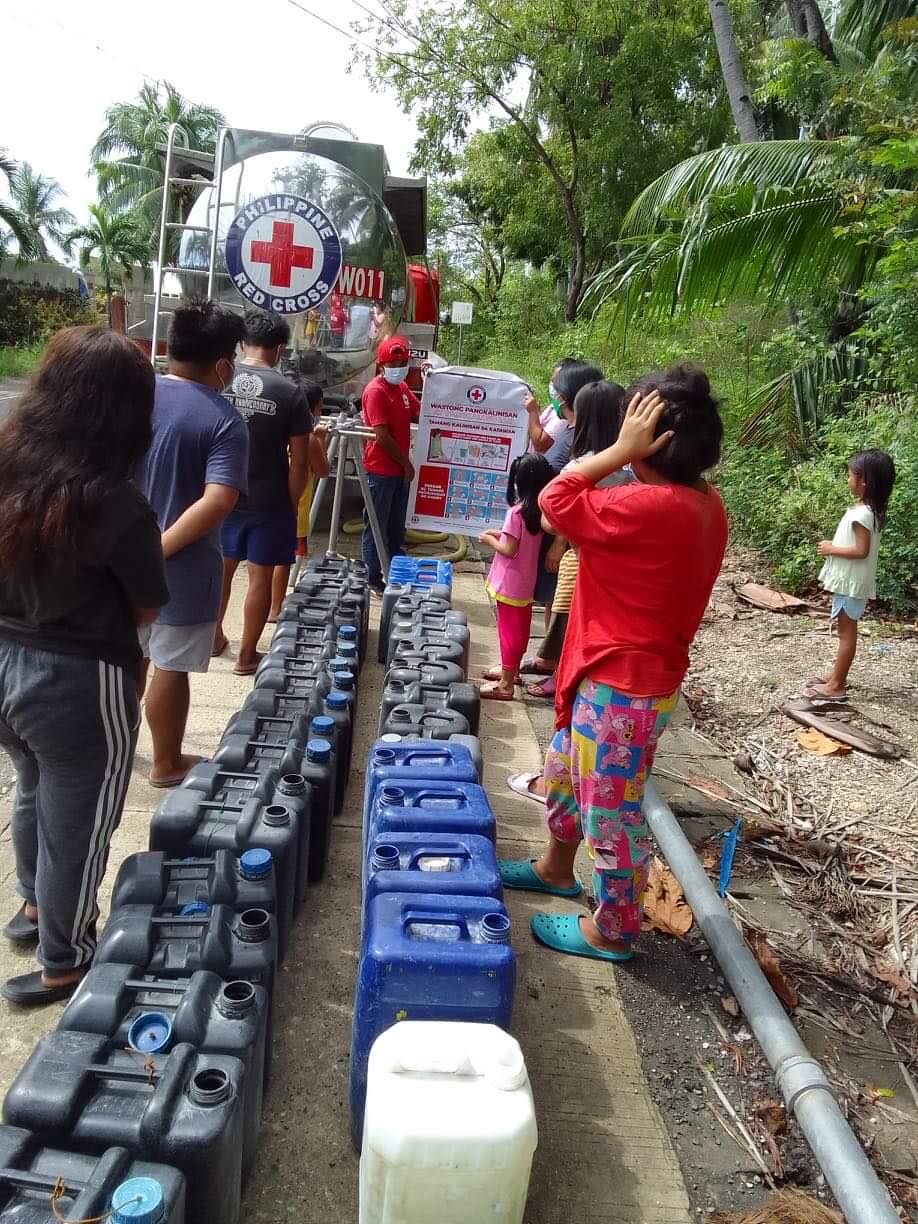 PRC distributed 3,500 liters of water in Sitio Talisay and 3000 liters in Sitio Acacia, Barangay Arbor, Boljoon, and 3,500 liters each in Purok 1 and Purok 4 in Barangay Gawi, Oslob.

The continued deployment of water tankers is part of Chairman Gordon’s vision to restore the lifeline in the province to alleviate human suffering and uplift the dignity of the people.

Since the start of Typhoon Odette operations, PRC has distributed more than 12 million liters of water to the affected residents. Along with the distribution of water, PRC also conducted hygiene promotion to 221, 792 individuals to educate the people on the importance of access to clean and safe water.

PRC also handed out sleeping kits and tarpaulins to 308 families in Brgy. Sta. Rita at the Municipality of Cagdianao, Surigao del Norte.