Written on September 26, 2022. Posted in Features, News and Events. 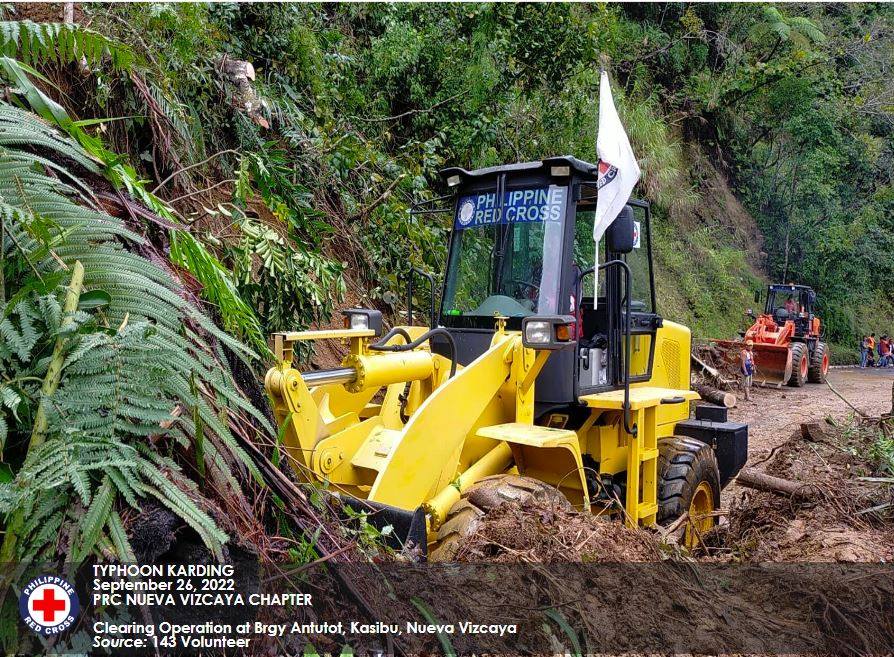 “We are everywhere. The PRC is doing more than the usual in ensuring that communities affected are given immediate help and lifelines restored,” Philippine Red Cross Chairman Richard Gordon said.

Teams have been deployed to Polillo Island and the Quezon-Lucena area, Bulacan, and Antique to conduct more in-depth assessment of provinces in the cyclone’s path to determine their needs. A payloader will also be deployed today to help with clearing operations in Barangay Antutot, Kasibu, Nueva Vizcaya. Trained personnel will conduct psychological first aid to adults and children in the Infanta National High School evacuation center.

Karding made landfalls in the vicinity of Burdeos, Quezon and Dingalan, Aurora yesterday, 25 September.