Written on September 10, 2019. Posted in News and Events. Leave a Comment 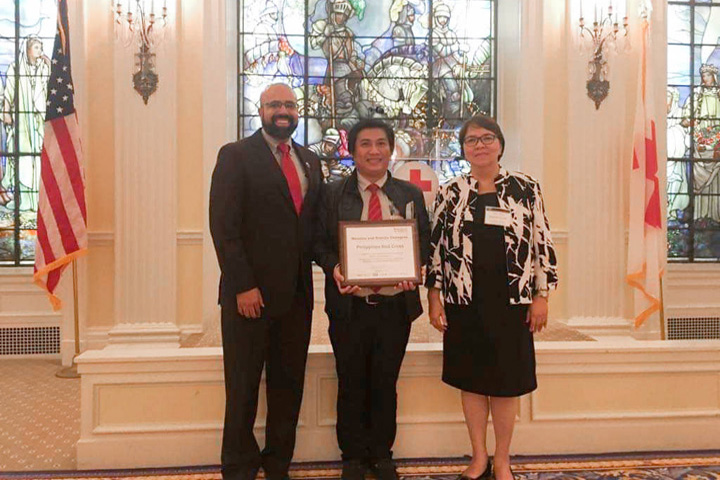 WASHINGTON, US – The Philippine Red Cross (PRC) is awarded the coveted Measles and Rubella Initiative (M&RI) Champion Award during the annual M&RI Partners Meeting on Sept. 11 to 12 for PRC’s successful efforts to address the measles outbreak that struck the country earlier this year.

These activities include PRC’s three-pronged approach to the measles outbreak—alleviate the congestion in public hospitals by setting up emergency medical tents, mass vaccination programs in barangay level, and a massive information campaign on the need for and benefits of vaccination.

With the theme “Measles Move Fast, We Must Move Faster,” the annual M&RI partners meeting provides opportunities to share lessons learned, improve coordination, and benefit from new developments in the mission to eliminate measles and rubella globally.

“The Red Cross played a crucial role in regaining the public’s trust in vaccination. We are extremely grateful for this award, but we know that the battle against measles is far from over. We commit to advocate for continued vaccination and create dialogue in communities to ensure that the welfare of their people is being looked after,” Gordon said.

The award was received by PRC Secretary General Elizabeth Zavalla and PRC Health Services Head Mark Abrigo. Attended by around 130 participants from 30 international organizations, PRC Chairman & CEO, Sen. Richard Gordon is represented by PRC Secretary General Ms. Elizabeth Zavalla and Health Service Manager Mr. Mark Alvin Abrigo. PRC was also given the opportunity to present its accomplishments and approaches to the Measles Outbreak in the Philippines in one of the presentations during the meeting.

According to the Department of Health (DOH), the measles outbreak in the country affected 38,939 individuals, resulting in 529 deaths.

Since the offset of the outbreak, PRC has administered vaccines to 16,956 children in most vulnerable areas and assisted 3,735 patients through its six measles care units.