Written on January 7, 2022. Posted in News and Events, odettePH. Leave a Comment 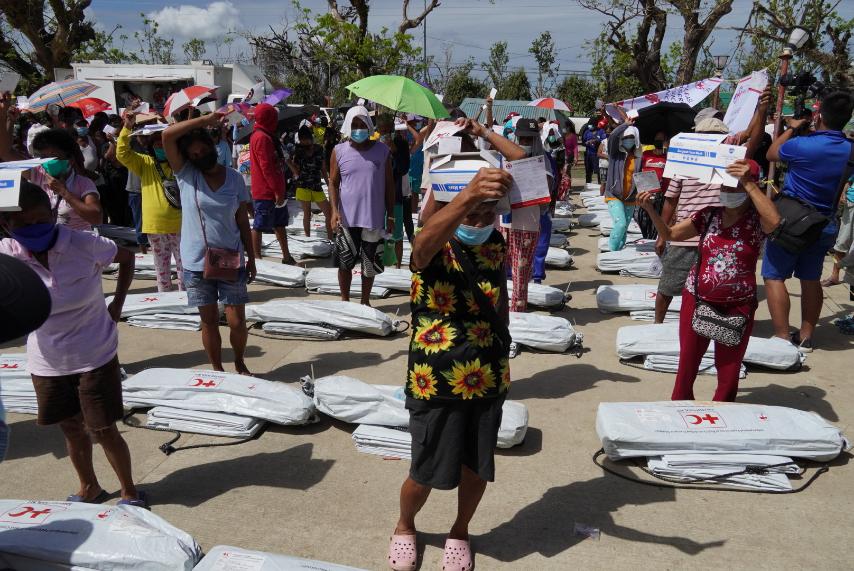 Philippine Red Cross (PRC) Chairman and CEO Sen. Dick Gordon announced that he will not be able to attend the relief distribution scheduled for January 6, 2022, at Ubay, Bohol because of safety measures as the pilot tested positive for COVID-19 before departure. Last January 02, 2022, Chairman Gordon was not able to attend the cash distribution due to the inclement weather in the province.

Despite this, Gordon directed the PRC staff to push the relief distribution so that 315 of the most vulnerable families in the area can be given much-needed relief. Chairman Gordon and Bohol Governor Arthur Yap attended the event virtually. Each family received two tarpaulins and shelter tool kits to provide temporary shelters and help them recover from the damage brought by Typhoon Odette (international name: Rai).

The entire event was posted on Facebook Live through the PRC’s official FB page. The live broadcast was made possible through the use of the a very-small-aperture terminal or VSAT, a two-way satellite ground station with a dish antenna. Gordon personally directed the PRC team to bring a VSAT to Ubay to establish lifeline communications in the area. Ubay was the ground zero of super typhoon Odette in the Province of Bohol.